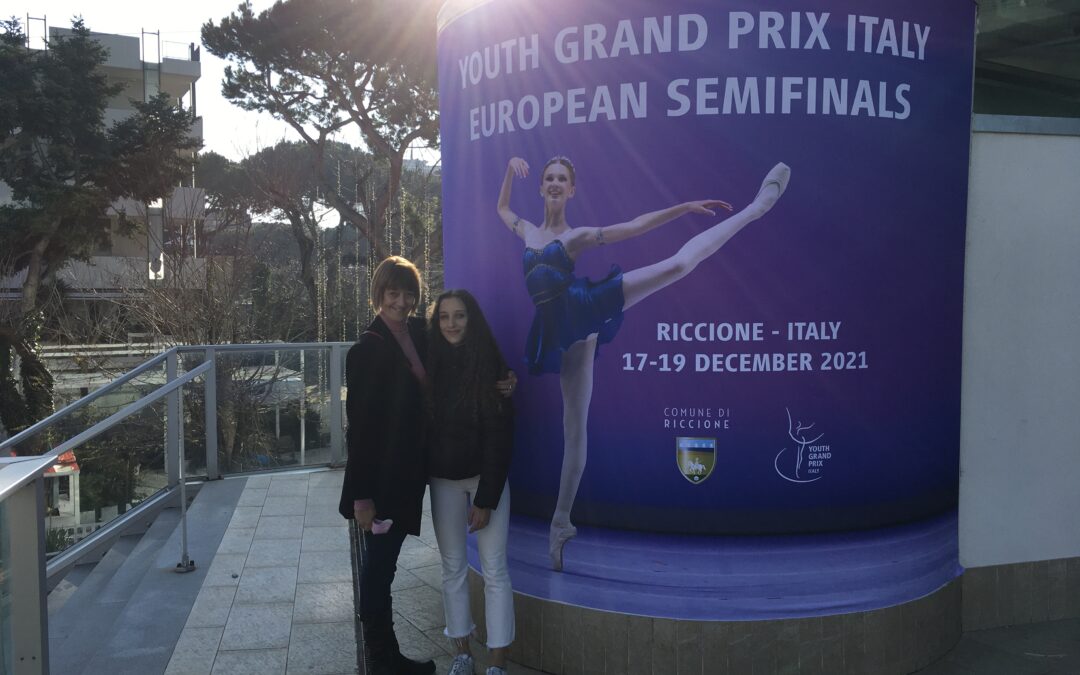 The journey to get to the Youth Grand Prix, that was being held in Riccione this year after skipping last year due to yes you guessed it Covid 19 did involve some last minute changes. On the Thursday morning at 8am we started by backtracking our way to Aosta Airport as we had to hire a car, unfortunately my car was making a strange noise for a few days now and it had to have a new belt , seat belt ? oh no, fan belt ? no no no another belt which my lack of mechanical knowledge does not stretch to. My ever ready to help husband drove Serena and i to Aosta and we met Lorenzo there with his very small back pack which serena and i could not believe held everything needed for the whole 3 days

My passengers were eager to get on the road mainly because i think it was about minus 8 degrees that morning. Serena has been preparing the classical and contemporary solo needed for the competition for quite a few weeks now and was excited and nervous all at the same time to actually perform on a stage again. Lorenzo was a last minute entry, not to the competition but on the hunt for contacts that will lead to auditions to companies , Having already competed in the prestigious Grand Prix before and doing very well he knew the founders who are also fans of his , it was great to have to extra company on our 5 hour drive.

The journey went well with a bit of fog around Milan not slowing us down we had a quick sandwich at the Autogrill and for me the oldest of the trio a couple of toilet stops, Car was great with a built in navigator which i did ignore quite a few times not wanting to leave the autostrada and find myself in the middle of a foggy corn field.

Arrived safe and sound at the hotel and made our choices for dinner i was definitely loving the idea that i would not have to cook or clean for the next few days. We got organised in our rooms and then had to venture out for the registration. Riccione is of course a seaside town and full of tourists in the summer but does have a magical atmosphere in the winter and with the Christmas lights and ice rink. Having eventually found a free parking spot for the car for the next few days all we had to do was follow girls with the turned out feet, long legs and the unmistakable posture of a classical ballet dancer to the Palariccione the congress centre where we thought the registration was to be held and we were not the only ones waiting outside, but no we were actually in the wrong place so we all left on mass and walked about 500 meters to where we were supposed to be that’s when we knew we were in for a eye opening few days.

Our You Tube channel

For dance institute opens on the 15th of September. Head over to our You Tube channel and watch old and new videos

ON THE 22ND OF AUGUST A WHOLE DAY OF DANCE FOR THE STUDENTS OF “FOR DANCE INSTITUTE” IS PLANNED AND FOR ANYONE THAT WANTS TO PARTICIPATE WE WILL BE HOLDING OPEN LESSONS IN THE MORNING.

EVERY YEAR IN THE SUMMER WE JETÉ ,PAS DE CHAT AND CHAÎNÉ INTO OUR BEAUTIFUL PIAZZA , THIS YEAR WE WANT TO CELEBRATE THE 20 YEARS OF 4DI (CELEBRATIONS DELAYED BY THE PANDEMIC ) BY ALSO PERFORMING IN THE EARLY EVENING ,GIVING THE CHANCE FOR OUR STUDENTS TO PERFORM ON STAGE.

PASS BY IN THE MORNING AFTERNOON EVENING OR ALL DAY O CONTACT US 4dancein@gmail.com 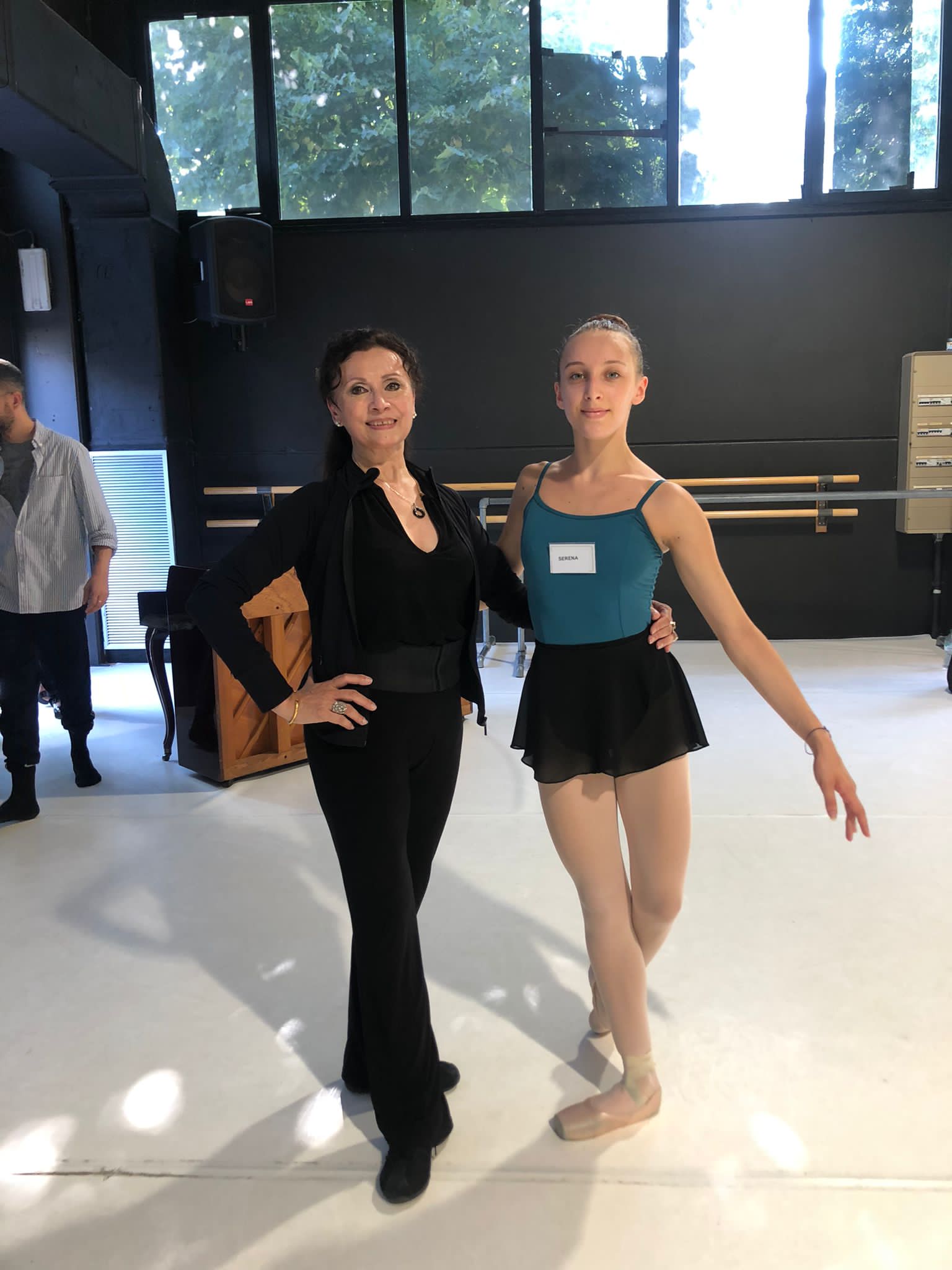